Last week, the digital version of Art in America magazine published an article about the demise of SOFA NYC (the Sculpture Object and Functional Art Fair in New York City), quoting the fair's founder, Mark Lyman, that with rising expenses, "the economic formula for the show just wasn't working." 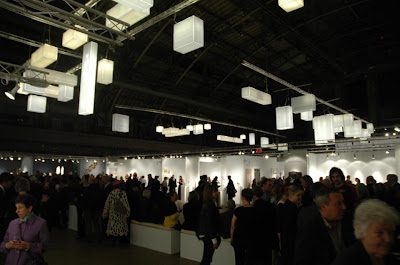 Supporters of Mr. Lyman's enterprises, such as New York dealer, Michael Heller, suggest that the fair's acronym was to blame for its lack of "gravitas" in New York. But we wonder whether it was more - such as a lack of market understanding and collaborative efforts with the fair's supporters - the galleries who paid huge sums pursuing new markets under SOFA's full blown exhibition program.

The story of the failed art business has repeated itself time and again with dramatic frequency since the US economic downturn began in 2008. It's a story of declining fine art museums, galleries, art consultants, and yes, art fairs, of raging successful 20th century business models that simply do not adapt to 21st century business practices that include collaboration, community development, social media and, most importantly, access to newcomers and new markets.
Posted by Micaëla at 06:10